The World Values Survey (WVS) is a worldwide network of social scientists studying changing values and their impact on social and political life. The WVS in collaboration with EVS (European Values Study) carried out representative national surveys in 97 societies containing almost 90 percent of the world's population. These surveys show pervasive changes in what people want out of life and what they believe. In order to monitor these changes, the EVS/WVS has executed five waves of surveys, from 1981 to 2007. 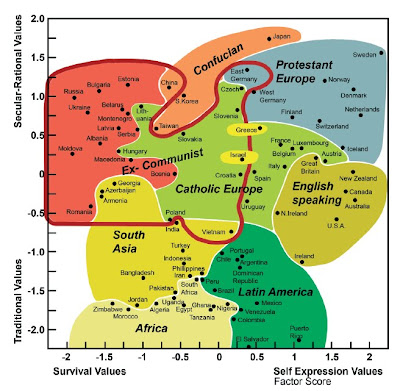 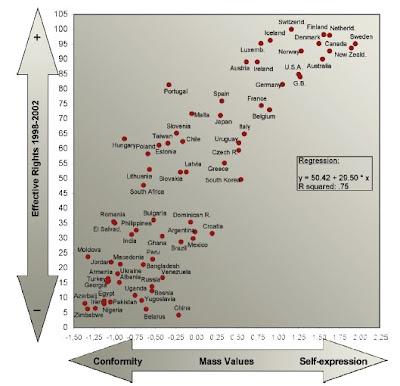