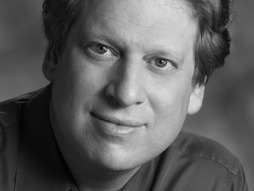 Paul Bloom studies our common-sense understanding of the world -- how we know what we know, why we like what we like.

Paul Bloom's latest book is called How Pleasure Works -- which is indicative of the kinds of questions he looks at, the big basic ones:  Why do we like some things and not others? How do we decide what's fair and unfair? And the million-dollar question: How much of our moral development, what we think of as our mature reasoning process, is actually hard-wired and present in us from birth? To answer this question, at his Mind and Development Lab at Yale, he and his students study how babies make moral decisions. (How do you present a moral quandary to a 1-year-old? Through simple, gamelike experiments that yield surprisingly adult-like results.)

He's a passionate teacher of undergraduates, and his popular Introduction to Psychology 110 class has been released to the world through the Open Yale Courses program. Many of the projects he works on are student-initiated, and all of them, he notes, are "strongly interdisciplinary, bringing in theory and research from areas such as cognitive, social, and developmental psychology, evolutionary theory, linguistics, theology and philosophy."
He says: "A growing body of evidence suggests that humans do have a rudimentary moral sense from the very start of life."


"Bloom is after something deeper than the mere stuff of feeling good. He analyzes how our minds have evolved certain cognitive tricks that help us negotiate the physical and social world."